LUSSO Magazine paired Adventurer Russ Malkin with VH1 Vogue Male Model of the Year Charley Speed and gave them the enviable task of creating the ultimate one-week road trip. The pair took some of the most incredible machines and toured from The Dorchester on London’s Park Lane, to Reims, Geneva, Verona and Lyon. The full series will be available in March 2014, for now, we hope you enjoy the trailer.

Follow @whyarai
All Arai Helmets are hand-made in Japan by professionals. When your own family name is on the front of the helmet how good do you want it to be? For this reason “just good enough” is not good enough for Arai. Arai – There is a difference.

Lusso would like to thank the various companies that made Trans Europe Express possible. For more information visit the YouTube page.

Win A Caracalla Hold-All Worth £420

You can’t travel without luggage, so we went on the hunt for the best bags on the planet. To celebrate the release of the trailer we’re giving you the chance to win a Caracalla Marrone Rosso Monza weekend holdall worth £420.
To be in with a chance of winning simply enter your email address below and subscribe to our mailing list. We’ll even let you know what episode one of the series becomes available. Don’t forget to follow Lusso on Twitter, Facebook and YouTube to receive further updates.

Follow @lusso
Follow @russmalkin
Russ Malkin is a TV producer and director and was an integral part of the world-famous motorcycle adventure TV documentaries; Long Way Round and Long Way Down featuring Charley Boorman and Ewan McGregor, and Race to Dakar featuring Boorman.

Follow @lusso
Follow @charleyspeed
Charley Speed studied drama and managed to blag his way into several films and most recently appeared alongside Elle McPherson as a judge on Britain’s Next Top model. A respected and popular presenter, well dressed, well travelled and well fit, Charley’s main side passion in life is motor vehicles. Any of them.

Charley’s Aston Martin Vanquish is the ultimate GT, boasting nearly 600bhp, 620nm torque and 0.60 in 4.1 seconds thanks to tech from the One-77 program. 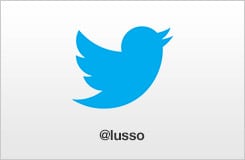 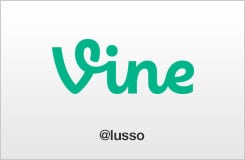 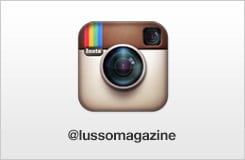 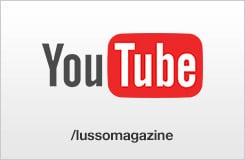 At Home With Robert Houston MP

The Best Room In The House: The Greenwich Hotel

COMPETITION: Win A Stay At The Four Seasons And A Tumi Suitcase With Road Rivals

The Amalfi Coast on the World’s Biggest Five-Mast Ship