Mark Moriarty from the Culinary Counter was crowned the best emerging chef talent from the UK & Ireland at a live cook off for the S.Pellegrino Young Chef 2015 competition.

Mark’s winning dish was the Celeriac Baked in Barley and Fermented Hay with Cured and Smoked Celeriac. A nod to both his love of humble ingredients and the theatre of food. 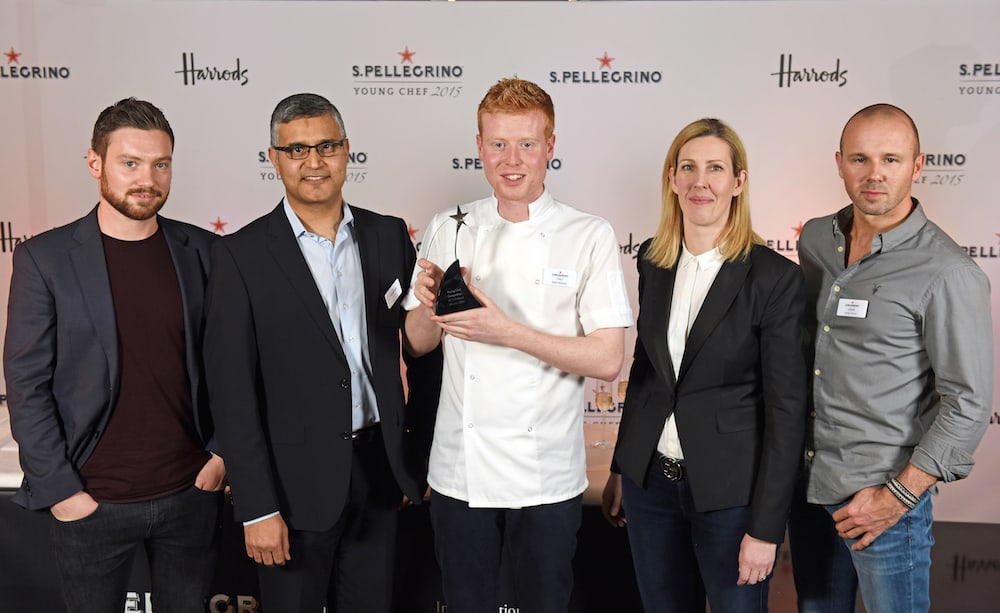 Next up – Marks heads to Milan for the final to collaborate with a young designer chosen by Vogue Italia who will interpret his dish in fashion. Mark’s efforts will be judged by a glittering gastronomical panel including Joan Roca, Massimo Bottura, Gaston Acurio, Yoshihiro Narisawa, Yannik Alleno, Margot Janse and Eric Ripert.

John Graves – Our Vintner of Discontent