Tucked away along a side street in the Square Mile is a monument to food with a capital M. Part meat fest, part pared down ingredient led, topped with a small but perfectly formed bar, it’s a cavernous site befitting of an area that is no stranger to excess.

With London summer in full swing, it seemed apt to gravitate to the raw feast – the lighter indulgence of the two. And indulge it did. The menu went well beyond the to-be-expected sushi, sashimi and salads to serve up a motley crew of tastes and textures that are designed to surprise and delight.

The menu of M Raw has a distinctly split personality – part lean Japanese-Peruvian, part fuller bodied offerings. The pork belly rice paper rolls with wombok and chilli were a fresh way to start the meal. As was the Biltong and Graceburn salad, made with seven-day cured biltong in a nod to Chef Jarad’s South African heritage (he’s formerly of the Chiltern Firehouse).

The six-piece sushi platter was made all the more exceptional with the grating of fresh wasabi, a rather delectable rarity, at the table. Creamy smooth but with the recognisable kick, the platter was worth it for the fresh wasabi alone.

The portions are small – there is no getting around it. But the Bao selection is where the food starts getting more substantial. The Sticky Pork with kimchi mayo, and Chicken Karaage with a spiky firecracker mayo are bursting with flavour. Wholesome and fresh, these are definitely worth sampling. 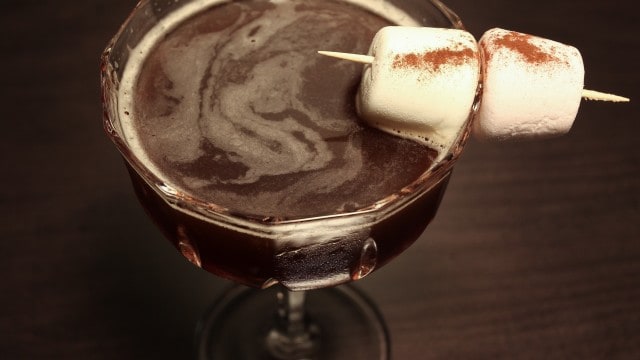 The extensive wine list has something for everyone. But M Restaurant is the home of signature cocktails made with Woodford Reserve, artisanal Bourbon from the oldest operating distillery in Kentucky. It is, therefore, rather fitting to sample the decadent American Dandy cocktail, a surprisingly lightweight and well-balanced infusion of cherry liqueur and chocolate syrup with the Bourbon.

Combine the creative menu with exemplar service that is friendly, fun and well versed on the intricacies of the ingredients and M Raw could well become one of your favourite haunts for a lighter touch in the City.

A meal for two with a couple of American Dandy cocktails will set you back £50-£60 a head. More details on the website: http://mrestaurants.co.uk/m-raw/

Johannesburg: South Africa’s own Detroit is Climbing Out Into The Sunshine

John Graves – Our Vintner of Discontent

Give Gusbourne A Hand… and Flowers